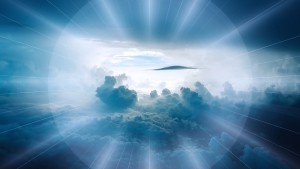 While upbringing often dictates one’s thoughts and beliefs about what happens after death, personal experiences will alter that perspective in a heartbeat (or lack of one.) Here are six personal accounts of near-death experiences.

“I've died twice, medically speaking. The first time was due to a motorcycle accident. When I opened my eyes, I saw my brother squatting on the pavement next to me. This was odd because my brother had been dead from an overdose for several years. The only other thing I remember is him glancing at his watch and saying something like, "They'll be here soon," and then walking away.”

“Atheist here. Bright light. I knew there were people waiting for me where the light was coming from over there. Absolute ecstasy was the feeling. Then I remembered I had a newborn baby and was instantly back.”

“I found myself talking to a mysterious voice who told me he was God. We talked for what felt like an entire lifetime. He told me my Heaven was this dark secluded area where I could finally be at peace. He ended with telling me that I couldn't stay because I still had business to take care of. When I woke up, my body felt healthier than ever and I had this peace about me that hasn't gone away.”

“When I was eight years old, I was run over by a car. I remember walking through this blue tunnel. At the end, there was the white light that everyone talks about. Before I knew it, I was in it. A disembodied hand reached out to me, and it was this warm, welcoming feeling.”

“I was clinically dead for over six minutes. What I saw I will never forget. Small golden doors closed to me. Light behind them but no way in. Next to me, however, stood a man in a [top hat] with a long-tailed suit coat (also black). He has haunted me ever since.”

“I suddenly knew everything, and for a nerd like me, that was all I ever wanted. I remembered two things: The first is when you know everything, you lose the concept of what a question is. You don't even ask questions. There is no preface to knowledge anymore. Knowledge is not something you seek. You are the knowledge. Second, I knew I had to go back and keep living. Waking up, I felt so small, like my mind could not fit in this tiny mortal coil.”