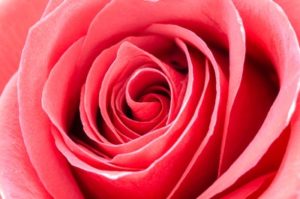 Have you ever noticed a unique odor when you're in an elderly person's home--or even in their company? Not unpleasant, just distinctive. Like "baby smell," only different. As it turns out, not only are scientists divided on the subject, so are people, with many calling the concept ageist.

Columnist Ann Bauer brought up the subject in her recent New York Times article. After renting her home to an older couple for a month, she came back to a perfectly clean house, but with a peculiar odor. After googling "Do old people smell?" and finding no conclusive answer, she decided to dig a little deeper.

Biologist Johan Lundstrom (49), reassessing a 2001 Japanese study, found that 2-nonenal, an unsaturated aldehyde, is more concentrated on older people's skin. Interestingly, the same compound is what gives beer and buckwheat their distinctive aromas. In both the Japanese study and Lundstrom's, however, participants rated the smell "neutral," "not unpleasant," and "inoffensive."

Organic chemist George Preti (74), contested the results of both the Japanese study and that of Lundstrom, saying that none of his own results showed 2-nonenal in older subjects, and that older people actually have less of an odor than younger people. Although 74 now, Preti objected to the Japanese study when it originally came out. "I was 57 when the original Japanese study came out and I remember being quite offended. The group they sampled as being 'old' included people in their 40s. That's insane."

Drs. Lundstrom and Preti agree that the best approach is to stay active, launder clothes and linens regularly, and air out the house--things that have nothing to do with age, but that sometimes older people do less often.

Middle-aged men. In studies across the globe, scientists and smell-testers agree that the smell of middle-aged men is more offensive than young people, old people, or middle-aged women (who, by the way, are judged to smell the best.) Sorry guys, but chemical analysis supports the theory.