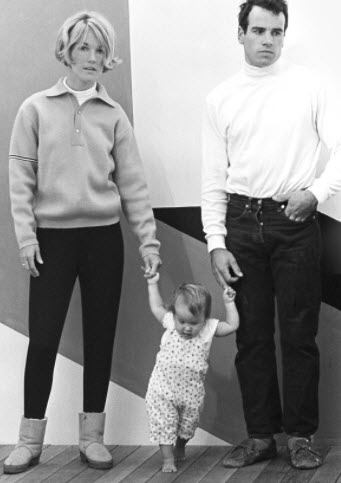 The heritage story of Esprit Co-Founder Douglas Tompkins is not yet completely written and might not be as picture perfect as Esprit’s “story” page suggests.

Doug Tompkins built the North Face and Esprit brands into multi-billion dollar empires. Doug divorced his co-founder Susie Russell some time back; he remarried and resettled in a Chilean homestead. He died two years ago in a kayaking accident in Chile at the age of 72.  Though he gave his daughter, Summer, a lavish wedding, he cut her out of his estate plan that may leave anywhere from $50 million to $100 million in favor of several conservationist charities, trusts, and foundations to preserve open space in Chile and Argentina, many of which he established in California. Summer Tompkins Walker is contesting the administration of his estate in California under Chilean law. The lower court dismissed her claims on summary judgment; she is appealing the ruling.

After her father's death, Tompkins Walker said there was nothing they could do about the will and called him a self-absorbed narcissist who was rotting in the ground. She then filed a lawsuit to challenge his estate plan 6 months later seeking a share of his estate.

Doug Tompkins' estate planning lawyer, Adam Streisand, commented “Family relationships are complicated. But at the end of the day, (Tompkins) had every right to do what he wanted with his money. ... Summer is now attempting to smear her father, as a means of creating sympathy to overturn what she knows to her core her father intended.”

There are many of these types of cautionary tales that can be a catalyst for reviewing your estate plan. What do they say, could they be challenged, and do you need to update the plan or documents to deter any legal challenges that could deplete the estate?