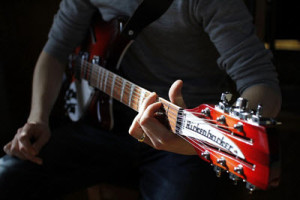 When Tom Petty died on October 2, 2017, two weeks before his 67th birthday, he left a trust, Petty Unlimited LLC. It was set up to equally divide his assets between his two daughters, Adria Petty and Annakim Violette Petty, and his widow, Dana York Petty. So what's the issue?

While Dana claims she is the sole trustee with authority to manage his estate, Adria and Annakim say the terms of the trust grant them equal participation in decision making.  Dana allegedly set up a separate trust, Tom Petty Legacy LLC, which the girls say she is funding instead of his original trust. While the girls claim she is doing this to deprive them of their rightful assets, Dana says she is doing it to protect the estate from the threat of Adria's "erratic behavior."

Again, what's the issue if the trust calls for equal participation? Terminology. "Equal participation" may be construed as Dana, Adria, and Annakim having an equal vote, which would give Adria and Annakim a two-thirds majority were they to vote together; it can also be interpreted as the daughters having a vote, with Dana, the directing trustee, having final decision.

Interpreting the intent behind the language in a trust, will, or other directive is a common reason why families end up in litigious situations. The clarity of each of your documents is crucial. In this case, the trust was drawn up by an attorney, and it may very well fall to that attorney to weigh in on what Tom Petty meant by "equal participation." The resultant decision may still leave the family at odds.

Asking the right questions and knowing legal terminology is a fundamental reason why one should hire an attorney to prepare important documents. Working in tandem with your attorney, you can ensure the language in your estate planning documentation clearly states your wishes.