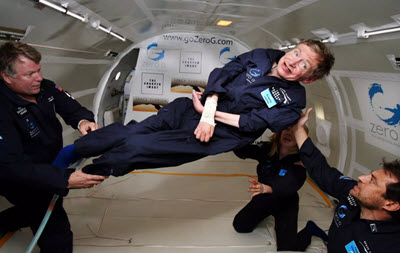 Stephen Hawking died yesterday at the age of 76, leaving behind a large body of theoretical physics work that will be regarded for years to come. During his lifetime he also shared many quotes on living and dying:

“I have lived with the prospect of an early death for the last 49 years. I’m not afraid of death, but I’m in no hurry to die. I have so much I want to do first.”

“The victim should have the right to end his life, if he wants. But I think it would be a great mistake. However bad life may seem, there is always something you can do, and succeed at. While there’s life, there is hope.”

“Remember to look up at the stars and not down at your feet. Try to make sense of what you see and wonder about what makes the universe exist. Be curious. And however difficult life may seem, there is always something you can do and succeed at.”

“I accept that there are some things I can't do. But they are mostly things I don’t particularly want to do anyway. I seem to manage to do anything that I really want.”

In this vein, Hawking took a zero-gravity flight (pictured above) in 2007, remarking, “I want to show that people need not be limited by physical handicaps as long as they are not disabled in spirit.”

And finally, “Life would be tragic if it weren’t funny.”

As for where he is now, according to his beliefs: “I regard the brain as a computer which will stop working when its components fail. There is no heaven or afterlife for broken-down computers; that is a fairy story for people afraid of the dark.”