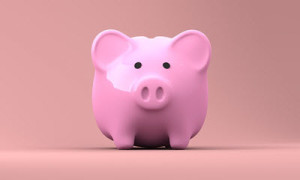 Do you ever wonder how the amount you're putting away in your 401(k) measures up to what others have stashed? Fidelity Investments, which holds 16.2 million 401(k) accounts, put out the average and median numbers, both overall and broken down into age groups. While knowing what other people are doing may satisfy your curiosity, knowing what is going to keep you comfortable is a lot more useful. While "your number" needs to take into account your cost of living and standard of living, Financial Samurai put together a recommended range for age groups that could be used as a guideline.

These numbers are as of Fidelity's September 2018 report. Keep in mind, as people age and change jobs, they are more likely to have more than one retirement account, so Fidelity's balances may not represent all of their savings.

If Financial Samurai's numbers got your pulse up, don't panic, plan it! Schedule a meeting with your financial planner to get your retirement savings on track.