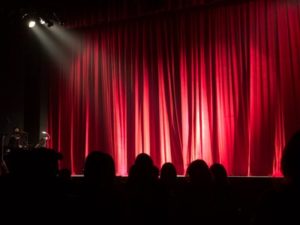 If you think the competition wasn't fierce for a musical performed entirely by Lenox Hill seniors, think again. "Into the Woods" was the pilot production for Lenox Hill Neighborhood House and licensing agency Music Theatre International, and required their 60+-year-old cast to audition, attend callbacks, and rehearse for three months before they hit the stage.

The cast wasn't given a free pass for being older, either. One performer even sang and danced from her wheelchair. “We didn’t lay back on challenging them to do a good job,” the director, Scott Klavan, said in an interview with the New York Times. “I don’t want to coddle people, and I think people respond to that really well, because it’s a form of respect.”

This and other senior productions are the creation of Freddie Gershon, who won a Tony Honor for Excellence in Theater for his shortened versions of plays for elementary and middle school students. Gershon, now 80, was inspired by the memory of his grandmother singing in bed in her nursing home.

Senior theater programs have cropped up in Pennsylvania, Nebraska, and Minneapolis (the first two supported by Gershon) but "Into the Woods" was the first--hopefully in a long string of many--to take stage in New York.

Physical and mental activities are key to a long life. So is a little bit of fun while you're at it!