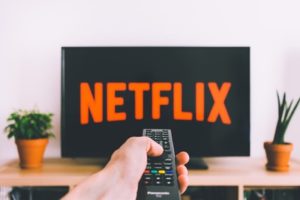 Poor estate planning is responsible for its fair share of family drama, so it's not surprising that Hollywood has glommed on to it in their pursuit of the next blockbuster. Here are six TV series and movies that illustrate quite clearly (in case we haven't been successful in doing it already) the importance of proper and thorough succession and estate planning.

1. Modern Family This show has been around for 10 years, so in case you haven't kept up (spoiler alert!) Jay retired and left his business to Claire without any succession planning and continues to interfere with her decisions even after she has taken over the company.

2. Jane the Virgin After being accidentally inseminated with the sperm of a man from a wealthy family, there is a large clash between Jane's now four-generation household that it struggling to make ends meet and the wealthy family of her new son.

3. Empire After being diagnosed with a terminal disease, the family patriarch must decide which of his sons to leave his business to--a common real-life scenario that splits families and complicates wealth transfer.

4. Game of Thrones While unclear wills don't usually lead to the death of thousands of people, the poorly articulated will left by the deceased king Robert Baratheon amplifies the chaos that can ensue from self-written wills.

5. The Descendants This 2011 film teaches us about the repercussions and benefits that the rule against perpetuities can have on a family trust.

6. Succession Not-so-slyly reflecting the lives of high-wealth families like the Redstones, Murdochs, and Trumps, this show is chock full of educational tidbits that serve as sound estate planning advice.