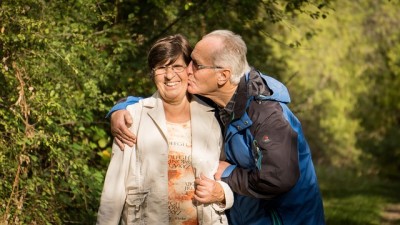 Studies on how retirement effects the health and well-being of individuals are conflicting. Some show that an early retirement can reduce the chances of getting a serious disease by as much as 20%, while others found that retirement actually raises the risks for cardiovascular disease and cancer. So which is true? As it turns out, both---because it's not retirement itself that leads to longevity, but rather how you spend your retirement.

Many retirees, with their new-found time and lack of work-related stress, take up exercise, get more sleep, and spend more time with friends and family. On the other hand, many unmarried retirees actually reduce their physical activity and social interaction--both of which have been linked to illness, cognitive decline and death.

So the keys to happiness in retirement--and a longer life? Exercise more. Sleep longer. Socialize often. Enjoy your freedom.

This all sounds like a great plan, but unfortunately many Americans don't have the resources for early retirement. A recent national survey showed that 20% of Americans over the age of 44 have no retirement savings.

If you want to plan ahead for a long life of leisure, it's never too early to start. And, it's also important to talk to your parents about their legacies. Careful estate planning can preserve a lot more of their hard-earned income, and supplement their kids' savings for an early retirement.

Posted under: Aging and Retirement, Trusts and Estate Planning